Hi I’m Jessica and welcome to your program Speak To Spark Arousal!

…and ultimately getting and KEEPING any woman you want.

What really frustrated me about the stuff out there is that it’s mostly being taught by men who are showing other men what’s worked for THEM.

It reminds me of this saying by Sun Tzu in The Art of War which goes:

Now I by NO MEANS consider women the enemy…BECAUSE I AND THE REST OF MY FEMALE SPECIES ARE NOT THE ENEMY!

But for the sake of this metaphor…consider us so 😉

And I’m here to get you behind enemy lines to give you an in-depth insider’s look on how women think…so that you can ultimately tap into what they really want.

And I wanna make it as simple and as practical as possible! 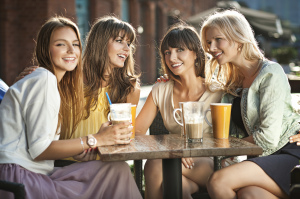 Which is why I’ve boiled it down into 3 simple steps that you can take with you into any situation to get any woman you want.

What you’ll learn in this course is how to create an instant connection with any woman you come across to create feelings strong enough in her that cause her to chase YOU.

And once you get these steps down pat (which I promise won’t take long once committed to memory), you’ll be able to get even the coldest of girls hot for you.

I’ve used this same approach on no-snitching gang members in my work as a therapist and have helped many guys in your shoes turn plenty of women on to them.

My favorite client of which confessed that, after learning this 3-step approach, he now had the problem of having TOO MANY women to choose from in such a short amount of time.

And he also wanted me to let all my future clients know that he is a 55-year-old divorcee who had only been with 1 woman his whole life and hadn’t had sex in over 15 years.

And now he calls me up sporadically to tell me about his nonsensical sexual adventures, the last of which involved him sleeping with some woman in a park after she demanded ON THEIR FIRST DATE for him to “TAKE ME RIGHT HERE RIGHT NOW!”

So whatever your goal with women…and no matter who YOU are…I’m here to get you to the next level. 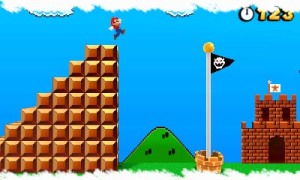 The best part about this whole process i the fact that you can LITERALLY carry this stuff in your back pocket to keep on hand when you’re in front of women.

You’ll get templates to use with ANY woman you come across in a way that doesn’t sound like a rehearsed line.

Just have them pulled up on your phone to check out before you say it…I had one client who kept it pulled up on his phone WHILE he picked up his waitress and sure enough she ended up finding him after her shift to beg him to come home with her.

Because at the very basic level…if you wanna be able to approach any woman you want, talk to women with confidence without awkward silences, get her number, get her to go OUT with you, AVOID THE FRIEND ZONE…you’re gonna need to get her feeling something for you that she doesn’t feel with any other co-worker, friend, or family member…

Be ok with the fact that you’re a man who has sexual desires that are GOOD and ACCEPTABLE!

Women fantasize about the guys with sexual zeal…who aren’t ashamed to want us…just think of every romantic movie out there that women goes NUTS over!

Even 50 Shades of Grey, the erotica novel all women became OBSESSED WITH, is about a man who has no shame in his sexual desires for a woman who adamantly denies him.

THIS SHIT TURNS US ON!

We want guys who aren’t ashamed to want us!

And this simple reframe to your thinking alone will help get you excited and energized to love and appreciate women. 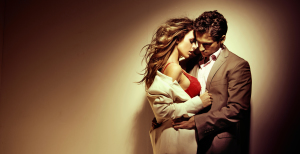 Don’t be afraid of us…just LOVE US!

The reason we buy so much makeup…

The reason SPANKS are now a billion-dollar industry…

Because we want YOU to notice and appreciate and love us for it.

We love the guys who aren’t afraid to love us.

I had one client who was VERY ADAMANT about not being a player, a douche, a womanizer, or a one-night stand guy…but who’s biggest pain was consistently having women tell him that they don’t see him as more than a friend.

And that’s because he equated the words player, douche, womanizer, and one-night stands as SEXUAL and WRONG.

So I’m telling you to OWN YOUR DICK! Be proud of it!

The guys who are proud of their sexual appetite for women are the ones who go the FURTHEST because THAT’S what will make you stand out from any other guy out there and any other guy in her life:

The confidence in your sexual appetite and your refusal to feel shame for it.

That’s the difference between dogs and wolves…

Dogs hopefully wait around to get fed…often performing tricks for treats and striving for the pat on the head.

Now don’t get me wrong I love dogs…

You’re gonna be the WOLF among all the dogs. 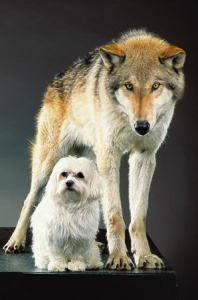 And I’ll say it again, we women…want WOLVES.

We play with dogs…think they’re cute…and at the end of the day we know we OWN THEM.

Not wolves though…because wolves can never be owned.

Dogs are shamed into doing tricks for treats…into acting right.

Wolves only know their instincts and survival skills…and get fed when THEY go out to feed themselves.

Where a Dog is all about pleasing a woman just to get a pat on his head…a Wolf seeks first to please himself and determine if a woman is worth his bite.

They don’t operate under socially acceptable rights and wrongs…only on their own accords.

Dogs aim to please the owner.

A wolf is a wild animal that hunts and gets whatever he wants to have in that moment.

Dogs get their balls cut off in order to keep from humping and getting another dog pregnant.

A Wolf doesn’t let anyone, human or hoe, have his balls!

Right now…you’ve officially broken from the doggy play park and are one step closer to running with the Wolves…the guys that gets who and what they want…WHENEVER they want.

You’re one step closer to becoming a part of what I like to call the Cream of The Crop…the 20% of men who get 80% of all the women out there.

These are guys the high rollers…the ones that take chances…the ones that bet on THEMSELVES and walk into any situation knowing damn well that they’re gonna take the house.

And these are the men who play chess while the little boys play checkers.

Like Sun Tzu said, “If you know the [other side] and know yourself, you need not fear the result of a hundred battles.”

The Upper Echelon know that in order to truly GET any woman they want…they need to KNOW what all women want…and how to use that in any given moment to set off a set of attraction reactions inside us that culminate into an avalanche of desperate NEED to have you.

And that’s why you’re with me. 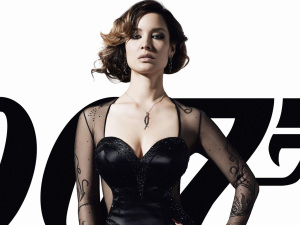 And congratulations again on finding your way to the Upper Echelon of Eligible Bachelors.

Next Section: The Trusty Triangle & The Rule of 3